Voice assistants are becoming more and more popular, and their number is growing every year. And although their purpose is the same, each one has a unique set of features. All you, as a user, have to do is choose a solution that suits you best.

One of the top virtual assistants is, of course, Siri: an Apple service with an enchanting voice and numerous AI-based capabilities. Alas, only iOS users can take advantage of its wonderful benefits, as there is no official Siri app for Android (at least, yet).

But what about those who prefer Android devices? What should they do? Well, Android users will have to make an effort and find a great alternative to Siri. And this is quite possible, especially with our help!

We've analyzed the voice services market and are ready to offer you a list of the best Android assistants with a description of the pros and cons of each one. Surely, you'll be able to choose the most suitable option.

The main trends in the current voice assistants market

Before describing how to get Siri on an Android phone (or, rather, find a Siri-esque app), let's briefly discuss the market situation in general.

According to the eMarketer study, in the US there are at least 45 million devices equipped with virtual assistants today. Moreover, as the US Census Bureau predicts, the number of such devices will have reached 7.5 billion by 2021 (which is not the limit!).

As other inspiring statistics show, voice assistants are increasingly trusted by users. And if earlier they were used mainly by the younger generation, now the situation is improving. Today no less than 45% of US residents aged 22-37 resort to these services when shopping online. 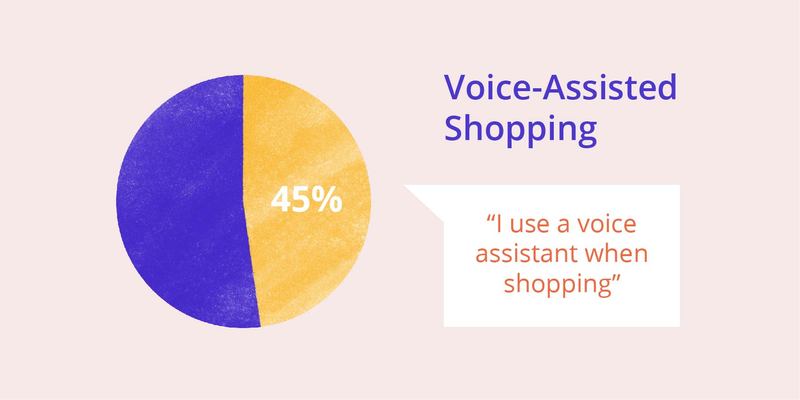 According to a report by Kleiner Perkins Caufield Byers, 60% of the time users turn to the smart assistant when their hands or eyes are busy (if one is driving or cooking). And 22% of people take advantage of these voice solutions just because "it's really fun".

Do you want to create an app like Siri? Then follow the link and read our article!

Also, many virtual assistants are integrated with different equipment and home appliances, which is needed to make all these things voice-controlled. Among others, Leviton creates smart switches and sockets, and customers can access them with Alexa or Google Assistant (both are useful Android assistants, by the way).

As to the rating, the situation is as follows:

As you can see, Siri ranks first in the list of in-demand virtual assistants. And that's all very well, but what should Android users do? Which analogue to Siri for Android must they choose? Let's finally figure it out!

7 best alternatives to Siri for Android

Well, it's time to tell you what the modern market offers. Read our detailed analysis of the most popular Android voice services.

The answer seems to be obvious, doesn't it? Google Assistant is the most natural and obvious choice. It's the first thing that pops into our head when we’re trying to find something like a Siri app for Android.

Google Assistant hit the market in mid-summer 2012. The founding company is, of course, Google.

The service is very easy-to-use: activate it with the "Ok Google" phrase and feel free to proceed with your instructions. The program will fulfill your order to the best of its ability.

The service seems to be the perfect voice assistant. Alas, it has its drawbacks too... Luckily, there are not so many of them.

So our conclusion is simple: if you want to find a voice assistant for Android, which would help you with managing your smartphone content and planning your day, Google's service would make the best choice.

If you remember, Cortana ranks second in the list of the best Android assistants. And its fame is well deserved!

The service was created by Microsoft more than five years ago. It was first announced to the public during the Build Conference held in the spring of 2014 in San Francisco. And only a year later, Microsoft Cortana became available to all users.

Initially, the Cortana assistant only worked on Microsoft’s personal computers and laptops. However, the company continued to improve its development, and now the service also supports Android platforms.

The smart assistant from Microsoft is based on artificial intelligence, which helps it analyze user behavior and anticipate his needs. Of course, if the user wants Cortana to be able to provide him with personalized content, he must give it access to his data (address book, email, search history, etc.).

Did you know that Cortana is the heroine of the popular Halo computer games? It is in her honor that the voice service from Microsoft was named.

Bots are special AI-powered solutions, which can perform human work. Among other things, they’re capable of replacing marketers (at least in part). Click here to learn more.

Okay, let’s discuss one more great alternative to Siri… which is rather popular and in-demand too. And rightfully so!

Amazon is known all over the world. It seems its activities have taken over the entire digital space: successful e-commerce, a huge number of Internet servers, sophisticated cloud computing... and much, much more. No wonder the company once decided to create its own virtual assistant.

Alexa was originally the “voice” of Amazon speakers and quickly won the love of users. They liked to communicate with a smart assistant, especially since it talked to them in an almost human way. In those days, this kind of "humanity" was a rare thing for such services.

Today, not only speakers but also our mobile devices can get Alexa's voice.

But why is Alexa so good? Let’s see!

In general, users speak of the Amazon voice solution with great sympathy and leave very positive reviews about it… which means a lot! People are rarely generous with their praise.

AIVC is the development of a Russian company named Yandex. Having appeared on the market in the fall of 2017, the service has managed to win a loyal audience in a short time of its existence, which is confirmed by statistics (see below). 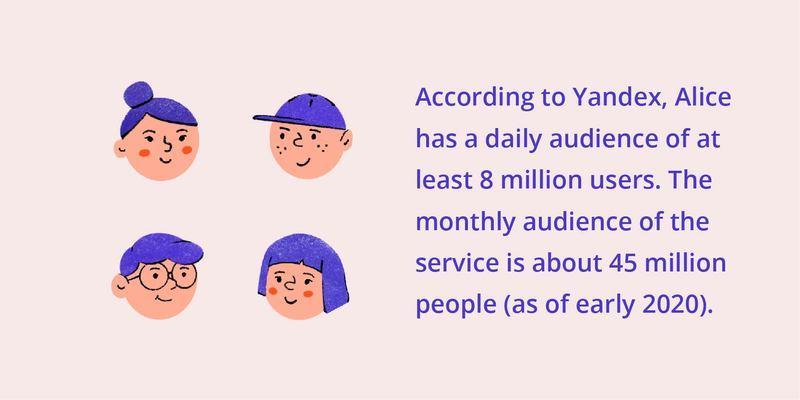 Robin was developed to compete with Apple's voice service and offer a great alternative to Siri. And the idea of ​​its creator, perhaps, was a success!

The assistant is based on AI and focuses primarily on drivers, which makes it unique.

Do you need a team of high-skilled developers? Agilie is at your service!

So, Robin's target audience is people behind the wheel. What is meant by that?

It's rather simple: the driver is able to write SMS, make calls, check the route, and get access to other useful phone functions without taking his hands off the steering wheel. Not bad, isn't it?

Let's see what other benefits this voice assistant for Android (and iOS, actually!) has.

Robin's focus on drivers can be its downside too. After all, we need a smart assistant in different situations, and driving is just one of them.

Lyra is a good Android assistant, but quite simple. It’s obedient to the user's commands and has no unnecessary features.

Xiao Ai is another smart assistant we should definitely mention. The credit for its creation goes to a popular Chinese brand (have you heard of Xiaomi devices? That's it!).

Xiao Ai can be compared to Siri and Google Assistant, all three services have similar features. However, Xiao Ai may even surpass its competitors in some ways.

Virtual assistants do help us… but the process of interacting with them is still far from ideal. And even the most perfect voice assistant may meet with failure.

Here are a few examples of the sort (some of them are really funny): 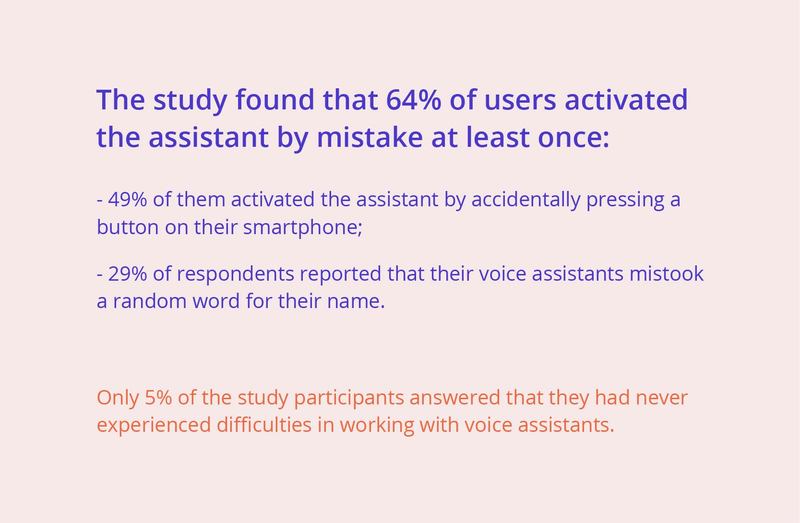 Despite such failures, voice assistants keep growing in popularity, and developers continue to actively improve them and introduce new cool features into them. Among other things, the Americans taught them to diagnose heart problems of the smartphone owner and notify emergency services if necessary.

Moreover, in the future, voice control may be used everywhere. And forward-thinking businessmen are trying not to miss the chance and start taking advantage of these solutions right now.