Inexpensive, sometimes completely free calls through apps without using a phone line... sounds like a dream? In fact, this dream can come true, everything is real! You only need to take advantage of VoIP software.

However, you may have already heard of it, haven't you? VoIP apps have become very popular lately, examples are everywhere, including Viber and Skype. Do you want to compete with them and win some of their users? You have a chance if you know what pitfalls you should expect in developing VoIP technology and creating applications with a voice chat service.

We’re ready to help you with our article, in which we'll tell you a great many important things, such as who your competitors are (ie best VoIP apps) and how to build a successful VoIP Environment.

What is VoIP and how does it work?

VoIP stands for Voice over Internet Protocol; it’s also known as IP Telephony. The name is quite eloquent and implies that the technology offers voice communications over the Internet. To implement VoIP tools, you don't need either phone lines or a mobile GSM/3G network.

In so doing, IP telephony provides the user with the same features as traditional telephone communications, namely, a conversation with the right caller in real-time, but much, much cheaper.

By the way, let's see what helps reduce the cost of VoIP calls.

Why are calls via voice over IP solutions cheaper?

By the way, you're likely to be interested in how the history of all the best VoIP services started... namely, when, in what year did the Voice over Internet Protocol first appear?

A brief history of the VoIP business industry

VoIP began its history at the end of the 20th century (in 1995, to be precise) when VocalTec appeared. It was VocalTec that pioneered the first Internet phone (at least the first widely available). A year later, the voice mail application had also been launched: its main task was to help users send voice messages to the recipient's phone via the Internet. In 1998, another breakthrough occurred: the same company had provided the possibility to make phone calls between computers and special VoIP phones (or, rather, between their users).

By 2003, the number of VoIP calls had reached 25% of the total number of voice calls. And today VoIP tech solutions have become an integral part of the daily lives of many people around the world.

The principle of VoIP technology

VoIP technology provides the ability to transmit voice or any multimedia content over the Internet Protocol (IP) networks. The method is based on the transformation of analog audio signals into digital data.

It's a little confusing, right? Let's make it more clear.

Analog voice communications are being converted to data packets, and these packets are being transmitted over an IP network. VoIP uses special codecs to encapsulate data and sends the required message. Then it removes packets from encapsulation, transforming them back to sound at the other end of the connection.

The main advantage of VOIP telephony is that information is being transmitted, as we’ve mentioned, digitally through special communication channels with high bandwidth. Thanks to such an approach, data transfer is much faster, and communication with the caller is better, regardless of his location.

It sounds complicated, but you don't have to delve into the details of the process. As to different types of VoIP service Providers, they do need to understand all of the above (and much more).

Who are they, VoIP providers?

First of all, the provider ensures an effective communication channel between callers. In addition, he must guarantee the reliability of its operation, the absence of interference on the line, as well as the proper quality of voice transmission. To achieve the perfect result, the provider should use special proxy servers and high-end telecommunication equipment.

How to choose VoIP providers? 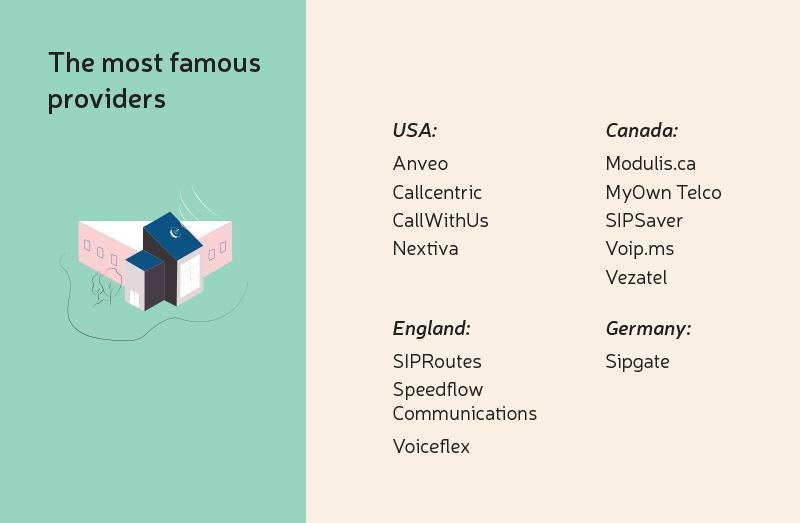 Let's talk about the types of VoIP calls and the equipment required for each case. There are a lot of voice chat apps on the market, and each one is trying to attract maximum users. Most often, these programs are free, but functionality is usually limited. Paid advanced features, as a rule, are needed by big companies requiring complex VoIP services such as recording and filtering calls.

As in the case of the desktop paid and open-source VoIP software, voice over IP solutions aimed at mobile devices can be of two types:

VoIP App Development would be interesting to different audiences. We'll distinguish 2 main ones:

Whichever group you belong to, you must find out what benefits VoIP brings. And if you're only a provider who wants to create the best VoIP phone app, you, too, should be aware of what is beneficial to the client. It’s the only way to sell your product.

Sure enough, the main business benefit of VoIP is the ability to build more efficient corporate communications systems with good voice chat software. We’re talking about the following:

All that's left is to choose the best VoIP service for small businesses or large companies, depending on what one needs in his particular case.

Now, it’s time to look at the market leaders, those who managed to win no end of loyal users around the world. It is with these leaders that you'll have to compete in the future.

Maybe your program, too, will be able to become one of these top VoIP apps… eventually. Why not?

By the way, we know how to make a chat app like WhatsApp and are ready to share our expertise with you!

Most of the examples above are instant messaging applications. The exception is Facebook, which was originally a social network (as you of course know). And this proves that voice communication features can be added to the app of any type.

VoIP solution development should begin with the formulation of basic requirements for the future mobile service. We offer you several options.

The caller ID allows you to decide whether to accept the call, reject it, and so on.

If you cannot receive the call right now, the voicemail feature prompts the caller to leave a voice message, which you'll listen to later.

To successfully compete in the market, you need to create a real group voice chat app. It means the user would be able to communicate with three or more callers at the same time.

Call blocking works in conjunction with the caller ID and blocks the calls from unwanted interlocutors. Such a feature would come in handy more than once.

Call forwarding is used to transfer a call from one phone (or number) to another. You can also transfer the call to another service, such as voice mail (we’ve mentioned voice mail earlier, remember?).

Do you want to create an app and implement VoIP tools? We offer our mobile development services!

The following advanced features are mainly focused on business purposes:

Best VoIP APIs to use in voice chat apps

VoIP App Development, as you've already understood, is a complicated process. To simplify it, you can use API solutions.

There are a lot of API providers, we describe only a few key players in the market.

Twilio is a platform allowing developers to easily integrate various communication methods into their applications. The creators of Twilio claim that a couple of lines of code are enough to make VoIP calls possible.

The main advantages of Twilio: 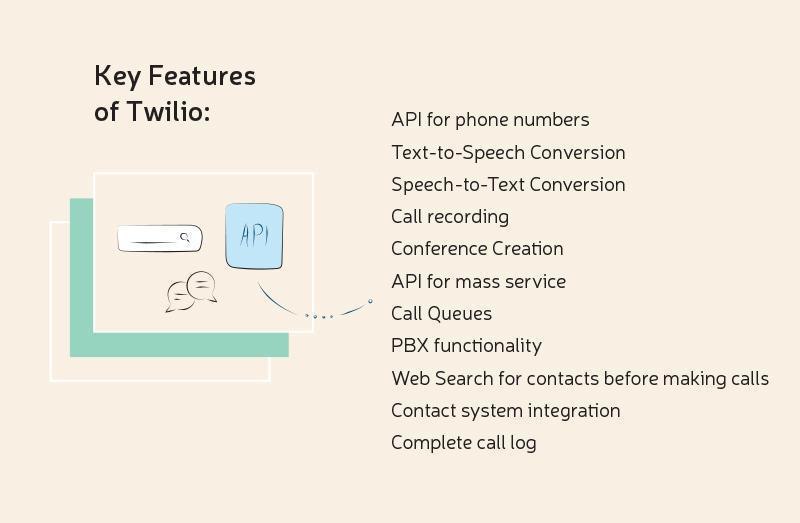 Nexmo, a cloud communication system, offers APIs aimed at initializing phone numbers, sending and receiving SMS, and also at making calls. These features will improve a lot of different applications, including those focused on business solutions.

The main advantages of Nexmo: 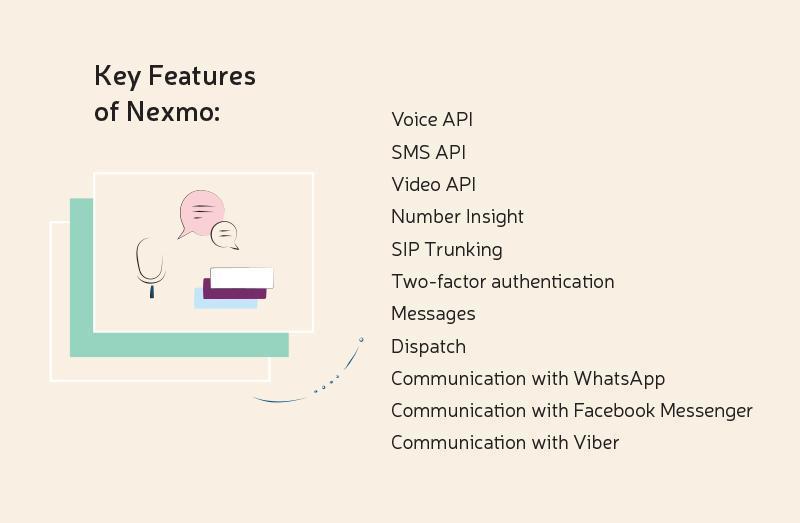 Pilvo assures that the SDKs it provides will allow you to create the best app for VoIP calls. In addition to mobile applications, you can also build web platforms with voice call and messaging features.

The main advantages of Pilvo: 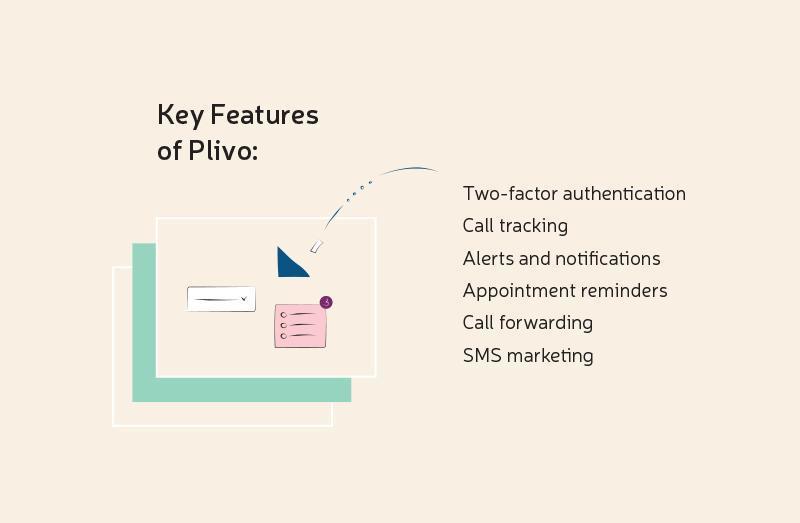 If you want to implement VoIP tools in your application, we're ready to help. Our mobile development experts know how to turn aside any difficulty and achieve the result you need.