Country
Home   →   Blog   →   TikTok App: Secrets of the Popularity and Tips for Building It

TikTok App: Secrets of the Popularity and Tips for Building It

Do you want to create a music app for iPhone & Android and make good money? Then take a pattern by TikTok - a mobile program which belongs to relatively new videos social media apps. TikTok is a definite market leader included in the global TOP 10 social platforms with an active audience of no fewer than 500 million users.

Since the beginning of 2018, TikTok has been consistently among the most downloaded applications in the world. And the year 2019 shows even better indicators: over the past three months, TikTok downloads have grown by 25% in the US and by 20% worldwide. Moreover, in October 2018, this video sharing mobile app overcame Snapchat, YouTube, Facebook, and Instagram in the US downloads ranking. It’s impressive, right? 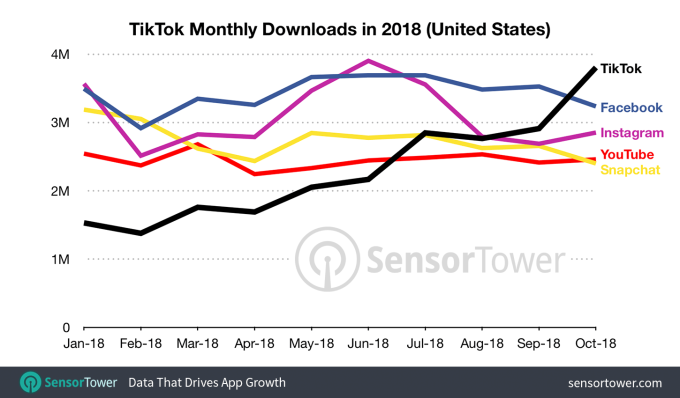 Why not emulate the success of one of the best video clip apps? If you, too, want to be among the leaders, read our article and be ready to follow its recommendations. We're going to carefully analyze the TikTok strategy and give you a couple of useful tips on the concept of a music streaming application of the same type. You'll know how to make a music player app for Android and iOS and get your profit.

What is the TikTok Mobile App?

The idea of connecting video, music, and social networking capabilities came to Alex Zhu (the one who will be involved in the creation of musical.ly) when he was watching a group of American teenagers. Some of them were listening to favorite songs or taking selfies, others were making funny video stories, adding stickers, and sharing the result with friends.

Alex Zhu thought it would be cool to provide these kids with the service offering everything from the above list. He was sure such a program would gain popularity among teenagers, and that’s when and why he decided to create a music app of a completely new format.

It wasn't without all sorts of twists and turns, ups and downs, but eventually, his dream came true, and today we can enjoy TikTok, a fast-growing music video platform which managed in just a few years to gain a decent audience. And it’s clearly not going to stop there!

What is it, after all?

TikTok is a special service working on various mobile platforms and offering the possibility to post short music videos. The basic principle is to be through within 1 minute (although a time interval of 15 seconds is usually used). So, if we draw an analogy, TikTok is a “video Twitter”: just as you must post short messages on Twitter, you’re allowed to create only short videos when using TikTok.

TikTok’s mission (as the company sees it) is to help people share their creativity and fun moments. It is for this purpose that the short video clip app in question offers users a lot of cool features such as filters, masks, beauty effects, stickers, millions of free tracks, various editing tools, and more. Users may run live broadcasts, watch recommended clips, send reactions, and much, much more.

However, let's consider the issue in more detail. After all, to build an app like musical.ly and TikTok, you must understand how these programs work, right?

The principle of using TikTok

Though, we'll describe more possibilities of the program when discussing TikTok videos features.

How does TikTok differ from other applications?

To build a video editor app and join the best of the best, you need to differ from your competitors, and TikTok coped with the task perfectly well. See for yourself:

And TikTok, this great video sharing mobile app, is trying to give users everything they want, to provide the opportunity to diversify their content in a new way, thus expressing their emotions and showing creativity. But the main thing is that the service has found its unique target audience.

Such music streaming apps are focused on generation Z: girls and boys, mostly Americans, who were born after 1995 and haven't reached the age of eighteen yet. Gen Z is also called the era of digital natives. Its representatives grew up with mobile devices in their hands, and the Internet is their true habitat. For example, in the US, 95% of teenagers have a smartphone or access to it, and 45% are constantly online.

Generation Z guys are obsessed with visual content, and among them, YouTube, Instagram, and Snapchat are more popular than Facebook. So Alex Zhu's idea to make a music video app for iPhone & Android had come in time.

But let's take a look at the history of the service.

It all started with the musical service called Musical.ly, founded in April 2014 by Chinese entrepreneurs Alex Zhu and Luyu Yang. In 2016, more than 100 million people had already been using the program, and quite actively.

At the same time, in September 2016, ByteDance launched the Douyin Music Video Platform with functionality similar to the one offered by Musical.ly. Though, Douyin worked only on the territory of China, while the competitor focused on the foreign market.

Douyin had gained popularity without any problem, but, despite the rapid success in the local market, the app owners wanted more… they understood that American and European teenagers adored all sorts of social video apps, which meant their business project couldn't fail. And they proved right.

By the way, among famous Music Streaming Apps, there is a well-known Spotify application. Click here to read all about it!

In September 2017, ByteDance made a decisive step towards entering the world market by launching TikTok, a copy of the Douyin application, in Indonesia. It became especially popular in November of the same year after the company had bought Musical.ly (and paid $ 800 million). Such a purchase allowed ByteDance to obtain a huge multi-million user base of its main competitors.

Creating two identical social media video apps targeted at different markets helped ByteDance to evolve globally on legal grounds. Douyin can only be downloaded in China, and TikTok is available to users outside the country. 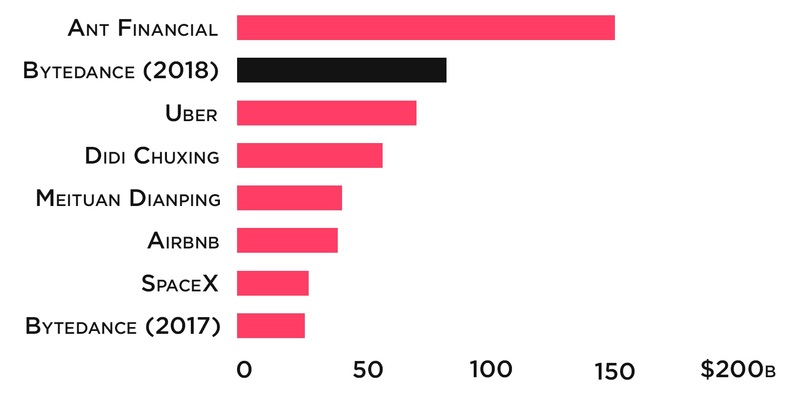 Impressive numbers, right? But how did the company manage to create a musical videos app which turned out to be such a profitable investment? What is its secret?

Why is it so popular?

Considering that such market monsters as Facebook, Twitter, and Snapchat, haven’t increased their audience last year (some of them have even lost a part of it), TikTok's achievements seem to be a real breakthrough. And note that the growth in TikTok users is mainly due to teenagers, and the young generation is a very important metric when it comes to social networks. It is believed that if you’ve conquered teenagers, then you'll be able to interest a more mature audience too, in due course time.

However, before discussing how to make a music app for Android and iOS, let's analyze what explains the TikTok's incredible popularity. This understanding would help us build a more competent development strategy.

We figured out the reasons explaining the TikTok popularity, and now we must proceed to the question of how to create a music app of the same level and type. Let's start with the description of the TikTok functionality.

Pandora application is another good example of Social Music Video Apps. Do you want to know more? Read our article!

Features under the hood of the TikTok app

Among a huge number of TikTok videos features, we should mention these ones: 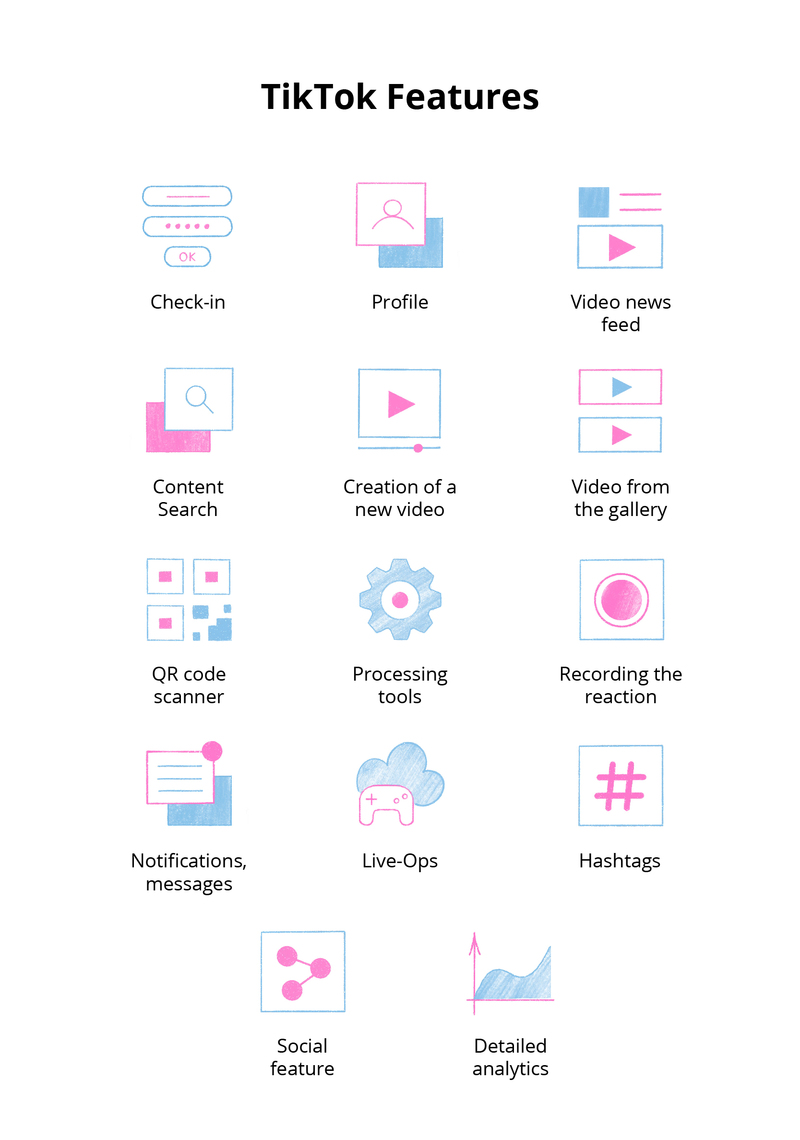 And now you’re probably interested in the cost to create an app like Tik Tok and its earning potential… we have the answer you need.

How to earn money from music apps like TikTok

Okay, let's see how you can earn money from music apps like TikTok. We’re going to offer you a few simple options, and it’s up to you to make the final choice. Or, rather, you had better combine a couple of monetization methods. It’s the best way to achieve the cherished goal.

Now you know how to recoup your cost to create a music app and not be at a loss. It's time to move on to more specific recommendations.

If you plan to create an app like TikTok, you won’t mind a few helpful tips on the matter, such as:

If you’re ready to build a video editor app, we offer our services.

Why should you choose us? There are a huge lot of reasons, and we'll specify only a few of them: