What are the Next Steps After Creating an MVP?

In our previous article, we have discussed what it takes to bring a new product idea to the market, what is the best way to do it, and, consequently, how to create a minimum viable product. Building an MVP allows startup companies to see the market picture clearer: they can conduct a feasibility study, gather users’ feedback, and adjust the development process according to the received data.

Nevertheless, apart from resolving some of the initial challenges, a successfully implemented MVP reveals a lot more new barrier. Here are some of them:

In this article, we are going to answer these and some other questions connected with the digital startup development.

MVP is ready, what's next?

As we have already found out, a minimum viable product is a rather important stage for a scale project. If you have a long-term goal, it is reasonable to get it done gradually, step by step. As the saying goes: “Divide and conquer.”

Previously, we have discussed the benefits of the concept, and now it makes sense to emphasize what challenges entrepreneurs may face. 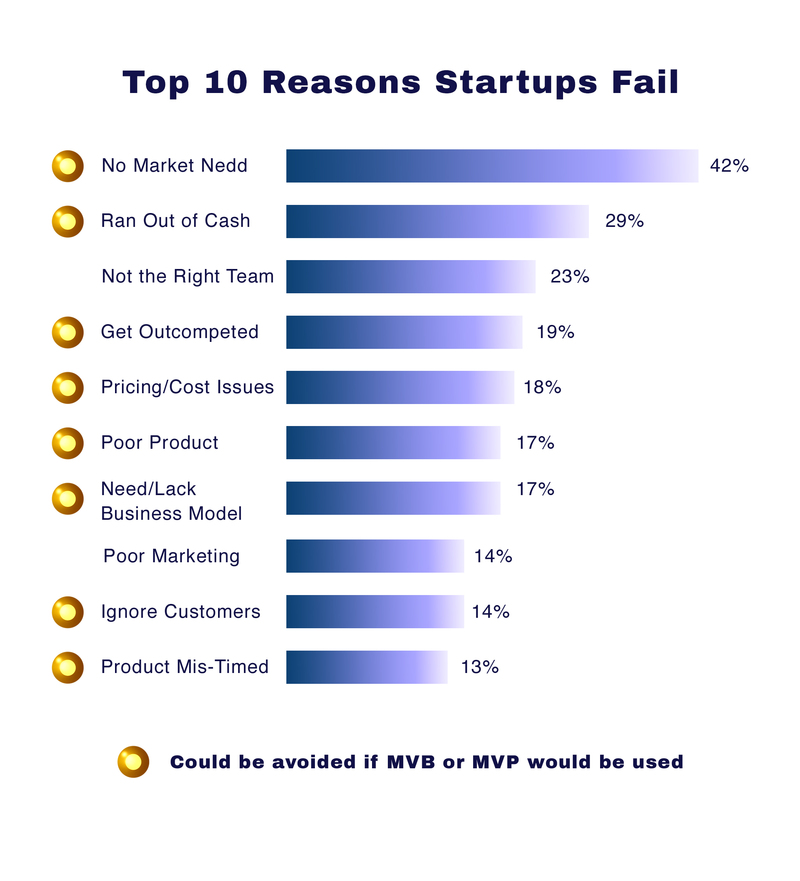 Obviously, those pitfalls can significantly affect and hurt your intentions. An MVP enables you not to fall for them. You can deploy a block of code, learn users’ perception, adjust the code, and deploy it once again. While iterating, the cycle provides you with the needed information to advance with the project more or less safely.

However, an inexperienced entrepreneur could get stuck. Continuously upgrading the initial features of the application, he or she will eventually end up walking around in circles. The inflow of users’ feedback may notably distract from the overall goal. And although an MVP has to be customer-oriented, the target is to release a full project, not to improve a minimum viable product endlessly.

Without any exaggeration, an MVP is a vital part of the project development. Nevertheless, the concept inevitably gets less relevant as time goes by. Your application requires constant upgrades and innovations. Obviously, progress in the development and introduction of new features gives your product a better chance of success. Nevertheless, large design-led companies like Apple, Airbnb, etc, made customers more sophisticated and demanding. It is getting tougher to encourage them to use your product.

Problems with an MVP

Reid Hoffman encouraged startup companies to “launch early enough that you’re embarrassed by your v1.0 release.” On the other hand, clients will hardly be pleased with an unfinished product that even its developers are embarrassed by. They want solutions they can use immediately.

MVPs are often released minimum with a little viability, thereby irritating customers. The early launch definitely favours creators, while the situation with users is quite opposite. But what has the greatest impact on a company’s success? Customers’ opinion, right.

A simple project is easier to develop and quicker to deliver. Simple but good working solutions are welcomed in the market, for customers are kind to products that perform as much as they declared to. Let us take a look at Google Docs. Its early version had about 3% of Microsoft Word’s functionality, but it did well everything it was designed for.

The app was simple and complete simultaneously, which notably differs from the classic concept of a minimum viable product. No one forbids to make apps simple and complete at the same time. WhatsApp, Snapchat, Stripe, Twilio, Twitter, and Slack could serve as examples of good practices of the sort. Later, some became more complex, while others remained more or less straightforward.

Finally, you have to encourage people to use the app, so it has to be lovable. Since you have started small, you have room to manoeuvre. Provided that your MVP proved its viability and you gathered the needed market data, it is the right time to evolve, from a minimum viable product to a minimum loveable product.

MLP as a way of growth

While studying materials on the topic, we were surprised to discover many startup market analysts, entrepreneurs, and developers oppose an MVP to an MLP. We at Agilie, however, are less radical. In our opinion, the latter is a logical continuation of the former, but the issue still requires more detailed consideration.

What is an MLP?

An MLP meaning appears to be something abstract. Problems begin already with attempts to define the term itself. Furthermore, various authors call this concept differently: minimum loveable product, minimum awesome product, minimum acceptable product, etc. As a result, we have taken the view that it is actually more a mindset rather than an actual product development strategy.

There are no precise MVL definitions as well as specific instructions for use could be found on the internet. The process of creating a minimum lovable product and an MLP itself are defined by the decisions startup companies make.

But where words are powerless illustrations will come in handy. The picture below slightly assists in understanding the concept. But researchers of the topic are firmly sticking of an idea that you should bypass the former and start with the latter from the very beginning, whereas we believe the first to be an integral part of the second, as a foundation in a house. 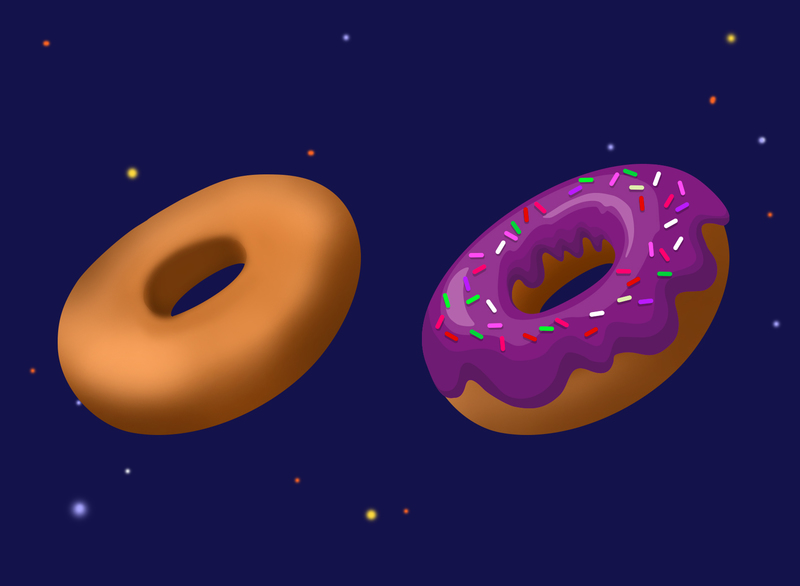 It makes sense to evolve from a minimum viable product to minimum loveable product gradually. We remember the statistics provided by Go-Globe: 74% of high growth internet startups are under a threat of premature scaling, and startups that choose the way of a proper expansion are growing 20 times faster. Moreover, MLP investments might be substantially bigger, which can significantly affect little startup companies.

Main benefits of building an MLP

A minimum viable product, a minimum loveable product, or a minimum awesome product, what do they have in different? Well, the differences will allow you to create a successful MLP:

But how to really start advancing? The devil is always in the details, as well as a solution. A hint for further actions is hidden in the names themselves. While previously you had to prove your project is viable, now it is time to convince users to love it. All intentions to create profitable products are certainly understandable, but without customer demand, they are doomed to fail.

Smooth transition from viable to loveable

How to ensure a really smooth transition from an MVP to an MLP? How can a minimum lovable product contribute to a startup? The issues are quite complex. Below we will list a number of to-dos and pieces of advice that will play into your hands:

#1. From a particular problem to a long-term goal

A minimum viable product implies solving a particular user problem. As for a minimum loveable product, it is time to move forward. In order to do so, you have to answer a simple question: why are you doing this? By this, we urge you to set or remind yourself about an overall goal of the project.

Regardless of what the goal is, it will favour the development process anyway:

Overwhelmed by initial success, startup companies often hurry to implement all other scheduled features. But here you should always remember two major restrictions:

To fit them both, it is essential to reduce the scope. Moreover, it might even favour the development process in a way. There is no sense trying to squeeze semi-finished groundworks into the budget, and you will have no time to finish them. Focus on one particular, and more importantly, valuable thing. If there is some spare time, do not try to swiftly introduce another feature, polish the existing ones. It is the key to creating a functional product, not a universal one.

An MVP allowed you to test a product hypothesis and showed what customers want from your application; a market and competitor analysis revealed what challenges you are going to face or have already faced; an MLP should refine the data and take things to a whole new level. So, divide, conquer, and prioritize what to conquer first. Concentrate on specific tasks.

Set some constraints while developing a minimum loveable product. Take a look at your list of desired functions and contemplate every each of them. Users might have asked for design improvements, while developers recommend introducing another feature to enhance the performance of the app. Weight everything up thoroughly.

In creating a minimum loveable product, the approach stays the same as in building a minimum viable product. An entrepreneur should always advance in implementing the project with a finger on users’ pulse. He or she should always be aware of what disturbs customers the most, and try to relieve the pain. Develop product ideas that can make customers’ life easier. 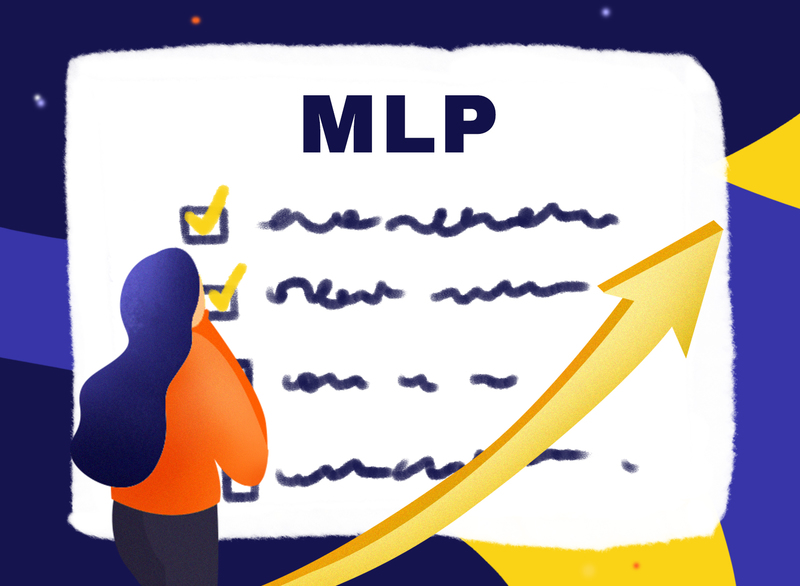 Surprise your customers, delight them with something new. There is a direct correlation between loyalty and users’ positive experience. In one or another way, you should encourage them to use your MLP again and again, on a regular basis. The approach can be an integral part of the retention strategy, and, as a result, you will be able to create your own tribe. Make your product remarkable.

Nevertheless, a transfer from an MVP to an MLP is not the goal itself. The app should constantly be updated and provided with new functionality.

To create an MLP product, startup companies should be rather flexible. In any way: in terms of design, market positioning, customer relationships, etc. The startup market environment permanently fluctuates. That is why one should stay on the crest of a technological wave.

There is always room for improvements. Even such world-renowned apps like Uber and Airbnb are showing no intentions to stop improving their services even despite the fruitful results they enjoy.

Since we have already described you Airbnb’s way to success in the previous article, now it is time to take Uber as an example. Uber was pretty simple in the beginning. Basically, it was an MVP in every sense of the word:

Nowadays, it has become something really big. The company has several subdivisions, namely UberX, UberBlack, UberEATS, and UberPool, that provides different kinds of services. Each of them found the target audiences and became rather popular. However, they still serve for one specific purpose notwithstanding all the additional features.

Uber only confirms the concept of steady development. An MVP is good, an MLP is better.

All in all, we can conclude that a minimum loveable product is something that delivers a complete experience to the user. You cannot create one without skill, discipline, and commitment.

Although an MLP inherited some general principles from its predecessor, it has no specific instructions of use, thereby you should pave its own way. Implementing simply the right features will not be enough to create your MLP and make customers love it. Test the market, try different approaches; eventually, your goal is to acquire users’ love, and all is fair in love and war.

Igor Bondarenko
Next Posts
How Your Startup Can Reduce Development Costs with...
How to build a minimum viable product and what benefits...
Igor Bondarenko
Is an Event Discovery App a Worthwhile Business Idea?
Read our article if you want to know whether you should...
Helen Vakhnenko
10 Rules of the Convincing Pitch Deck Design
Read about 10 basic rules for creating the perfect pitch...
Helen Vakhnenko