The conference was devoted to the topics of mathematical modeling, neural networks, intelligent computer systems, data processing, and other informational technologies and how they can be utilized in chemical technology, engineering, and economics.

In this event, Agilie took the roles of both of a backer and a contributor. Four of our web and iOS developers wrote articles based on their research works for the university’s annual scientific digest.

Web developers Dmitry Derevyagin and Sergey Melashich had their talks on the conference and presented their researches. Dmitry spoke about the building and optimization of custom high-load server systems based on the experience of the development and support of one of Agilie’s projects, a mobile taxi booking service Shark Taxi. Sergey shared an extensive research on applying neural networks and machine learning in the gas-turbine engines design, which is based on his current work as a PhD candidate in a research institute. 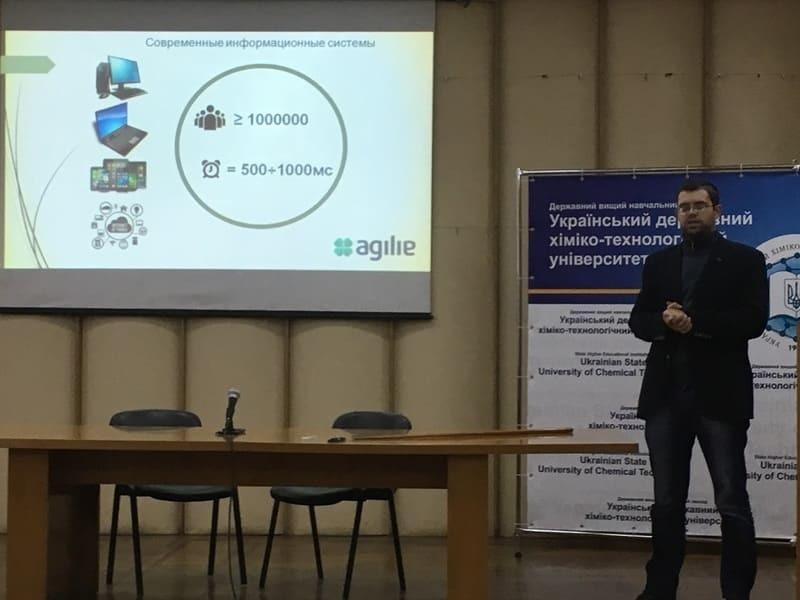 Among speakers and guests at CMOCS 2016 were professors, technical science and engineering  PhDs, and students from universities of Ukraine and Poland, as well as specialists from a number of research institutes and technology companies.

Rustam Tagiev
Share
Get in touch
Send us your comments, suggestions, questions, or feedback.
Next posts
We welcome you to our blog!
Sergii Gladun
Beginner's Guide: Modern Apple WebKit Framework
Vladimir Zgonik
Agilie’s CEO Sergey Gladun Is Among the Three Finalists for the CEO of the Year at IT Biz Awards 2016
Rustam Tagiev