Country
Home   →   Blog   →   What is RTMPS and Why is it Important to Secure Streaming?

What is RTMPS and Why is it Important to Secure Streaming?

You've probably heard about live broadcasts and dealt with them in one way or another. Without them, our life would have become much more boring. Furthermore, today, given the pandemic and the resulting social distancing, we're all forced to be content with remote online communication. And if we cannot attend a certain event in person, we resort to this latter-day solution, which is better than nothing anyway.

And if you're not just a user, but a business owner interested in high-quality live streaming content, you should know that modern online broadcasting technologies have changed greatly over recent years.

Let’s say, the HTML5 video player is now used instead of the popular Adobe Flash one. And the well-known RTMP protocol has got an additionally protected version called RTMPS. By the by, the last example is a piece of really good news because let's admit, increased security is critical in the era of constant cyber attacks. Therefore, you’ll definitely benefit from recoursing to RTMPS to keep live streaming content safe.

And that's far from the end of our story! We still have a lot to tell you about.

Does the topic seem interesting to you? If so, we suggest moving on to discussing RTMP technology and explaining how to secure live streaming with RTMPS. We'll also describe a few extra variations of RTMP. In a word, you'll get a fuller picture of this whole thing.

With the development of Internet technologies and the expansion of the digital market, it had become quite clear that websites, and later mobile applications, could serve as excellent online broadcasting platforms. But in order to execute the plan, special protocols were required; and they had been created in due course.

And now another question arises: which of the existing streaming protocols should be used to broadcast video to users' devices? Say, why not choose RTMPS for mobile streaming? Or is it better to opt for something else? You need to weigh the pros and cons and make a decision based on the requirements of your specific business project.

Also, it’s important to take into account the dynamics of the market development as a whole. Otherwise, you risk investing in a technology, which might lose its relevance in a couple of years.

It's time to figure it all out!

Many companies save quite a lot when organizing live streaming. Wanna know how? Then read our article at the link!

Before discussing the above issue (in particular, the best way to protect your live stream with the RTMPS protocol), let's give a general definition of the main terms (just in case):

Now let's discuss the once most popular protocol for streaming and describe its prospects. Isn't it time to give it up? Or is it still relevant?

RTMP or Real-Time Messaging Protocol is focused on the transmission of audio, video, and other similar data over the Internet. RTMP was originally based on Flash Media Server (you must have heard of it, right?).

RTMP history began over 20 years ago, in 2000. The creator was Macromedia, which later merged with Adobe Inc. A lot has changed since then, but the protocol still enjoys considerable success. However, first things first.

RTMP works on an extremely simple principle. Actually, it plays the role of a kind of permanent channel through which content moves between participants in the video exchange. Moreover, video latency is minimal, which is the main advantage of the described protocol.

Over the years, RTMP has been the primary online video streaming technology. The main condition was to install the Flash plugin on your browser and activate the player of the same name. You yourself definitely remember these players, right?

And where, exactly, is the problem?

Alas, the problem does exist and cannot be ignored. It concerns the incompatibility of the Flash video player with streaming from mobile devices. There is something to worry about, what do you think? In the end, we all love our smartphones, every year we spend more and more time with them in our daily activities.

The solution was found in Apple.

The founders of the iOS operating system have developed a new HLS protocol. It means HTTP Live Streaming and supports the HTML5 video player, which has grown in popularity lately.

The protocol is open-source and can be used completely freely.

HLS turns MP4 video content into short blocks (approximately 10 seconds each), which are being delivered over HTTP. This is what makes the protocol compatible with so many devices and platforms.

The rest is especially interesting. The player of the user's smartphone (or any device) constantly analyzes the Internet data transmission speed. When it gets worse or better, the player refers to a special manifest file with the .M3U8 extension, created by the HTTP server to index the aforementioned video fragments. The player determines which video quality to switch to and asks for the appropriate index file to load the desired video segment.

The answer to the above question is definitely no. In the near future, RTMP is likely to remain relevant (moreover, its new version, RTMPS protocol for live streaming, has appeared, which is discussed below).

But what has changed? To figure it out, we have to take a deeper look at the issue.

First, let's confirm: Flash's time is running out. According to Adobe itself, starting in 2021, Flash Player's updates shouldn't be expected. But despite this, the RTMP protocol is still in demand.

How does it work now?

Today we‘ve adapted to interact with RTMP in a slightly different way: put it otherwise, we work with an incoming RTMP stream, which the online video platform encodes into the HLS protocol (or another similar to it like DASH) and delivers to us, the end-users (viewers). 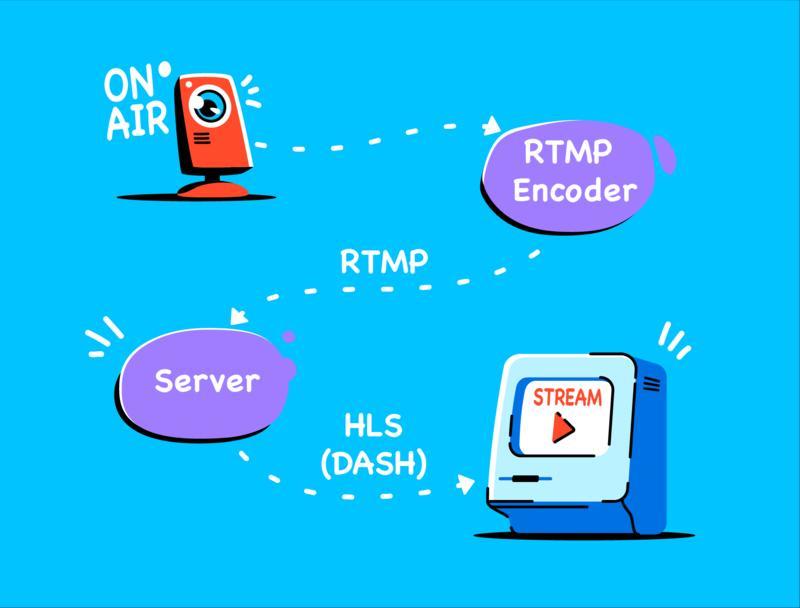 The main trick here is to choose the right encoder. 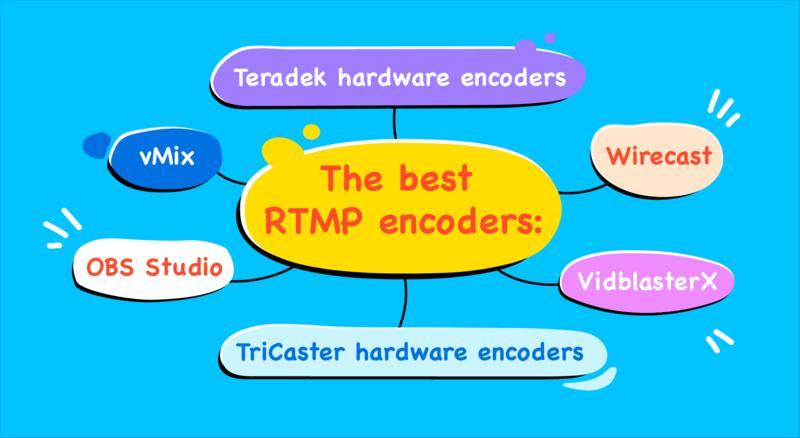 What are the conclusions about modern live streaming protocols?

Although we aim to describe the main advantages of the RTMPS protocol for live streaming and its differences from the RTMP, it's worth summarizing the foresaid anyway:

And now we propose to take a look at the infographic below to finally assess the current market situation. 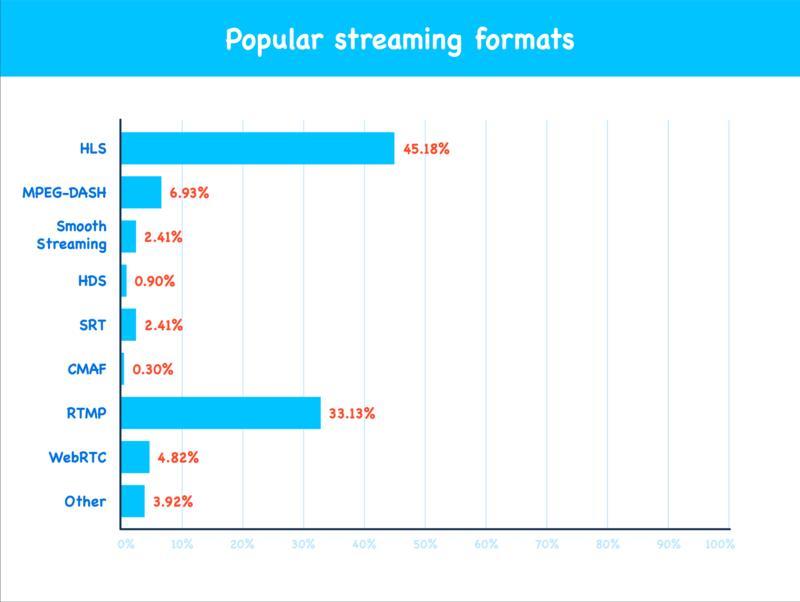 As you, we hope, now understand, you can't do without RTMP technology, especially since today there is a more perfect and secure type of Real-Time Messaging Protocol, namely, RTMPS.

Twitch is a great example of a streaming website. We describe its pros and cons at length in one of our blog posts.

RTMP is a cool technology, but it has its cons in addition to pros. Among other things, RTMP is susceptible to man-in-the-middle attacks and spoofing. We should probably explain what spoofing is so that you understand exactly what it is about: let's say, a certain cyber crook pretends to be YouTube and redirects your stream to another server, an extremely unreliable one.

A pretty nice way to solve the problem in question is to secure live streaming with RTMPS.

You may have guessed by now that the S letter in RTMPS stands for “Security”. And this security is being provided thanks to special encryption (in other words, a TLS/SSL connection is being used).

Here are a couple more useful facts about RTMPS:

RTMPS isn’t the only online video streaming RTMP-based solution. Let's give the list of other relevant options a quick check:

Now you know how to protect your live streaming content. It's high time to move from words to action, do you agree?