All sorts of GPS navigation apps have long been popular with users: tourists, car drivers, businessmen during their trips to new cities, etc. These simple programs are really good at helping you find your way around the unfamiliar terrain and build the route to the desired point. And if you follow our blog, you know that we've already written about this kind of mobile services, and more than once.

However, recently user location systems have been improved through such sought-after technology as augmented reality. And we guess it's time to expand our research and provide you with detailed information on implementing AR solutions for geolocation: in other words, we’d like to describe different kinds of augmented reality GPS apps.

What is an Augmented Reality experience?

Today, AR technology can hardly surprise anyone, it’s being increasingly used as a killer feature in various applications (especially in e-commerce projects). In essence, Augmented Reality is the effect of adding imaginary objects to the real physical world. The most famous and striking example is the Pokémon Go game. Playing it, the user could actually see Pokémons when he looked at his surroundings through the smartphone's camera.

But, of course, Pokemon is by no means the only object able to supplement the world around us. Routing features would also benefit from the use of augmented reality.

In one of our articles, we've talked a lot about AR. Click here and read all the details.

So, AR navigation apps and opportunities they provide us with... what is this all about?

In the ordinary, “un-augmented” world, we have to ask passers-by how to get to the destination and listen to their sometimes confusing answers. Of course, maps and geolocation apps partially solve the problem, but not fully. And then AR navigation solutions become our true salvation.

Such programs allow supplementing real-world objects with various tips that appear on the app screen when hovering the device's camera over them. These tips include comments about buildings and routes, information on where the bus is going or where the certain ATM, restaurant or shop is located, etc. Definitely, there are plenty of ideas of mobile programs focused on augmented reality with GPS-based routing.

Though, in order to implement the augmented reality feature, you have to learn how to attach AR to real-world places; also, you need to work with maps as AR objects. And so on! The list of required skills and used technologies is truly great.

Reasons to use AR navigation solutions

Benefits of using augmented reality for routing might seem obvious but we’ll describe them anyway (at least, key ones):

Augmented Reality GPS navigation in action, so to say!

Augmented reality navigation (Android, iOS) can be used to improve (and make more effective) a variety of solutions, such as:

Interested in AR/VR app development? We're happy to provide you with the mobile solution you need!

With the release of iOS 11, owners of the newest models of iPhones got access to applications built on ARKit - a toolkit which simplifies the process of working with augmented reality.

Moreover, it is now possible to navigate the area using augmented reality. You need to do the following: first of all, run maps in iOS (11 and higher) and make sure you see the blue dot. Now you have to specify the address, and the application will build the route. Next, you should click "View in AR" to call the locator and the image from the camera. 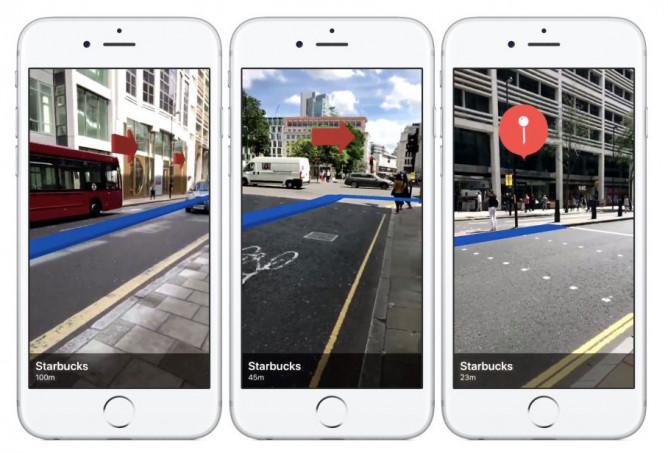 ARCity is owned by Blippar which decided to simplify urban navigation with the iPhone augmented reality app. 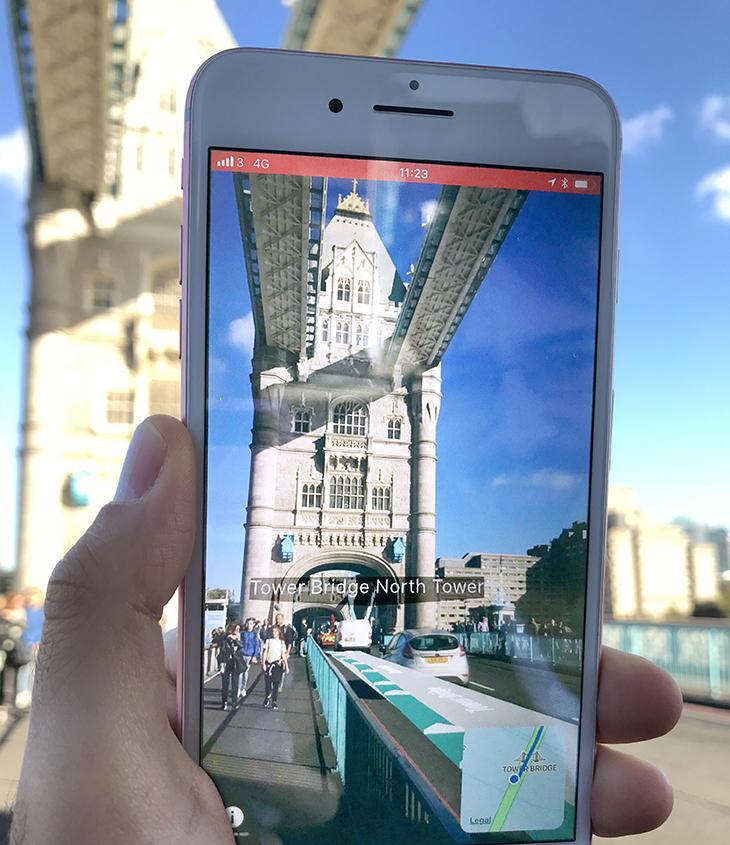 ARCity's augmented maps (available in more than 300 cities) offer an excellent opportunity to get information about nearby sights and streets. ⠀

The application works in a really simple way: the user gives access to the camera and gets a chance to look around and find the shortest path to the place he needs. The system is able to explore surroundings, choose the best routes, and even guide the user through difficult territories. In addition, the program has a built-in compass and therefore would come in handy during the hike.

One last thing: the application is created using the ARKit tool described above.

Sygic has also added a new augmented reality feature to its high-popular GPS navigation app. And now more than 200 million Sygic users around the world can enjoy AR to improve their road navigation experience. 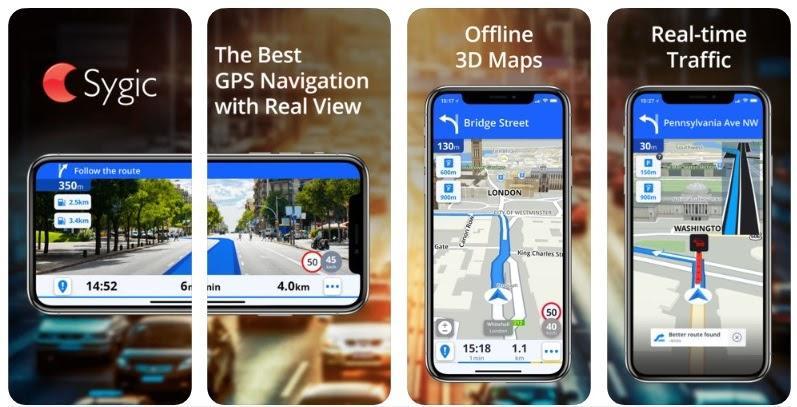 The new AR feature uses GPS and a smartphone camera. Moreover, to simplify the navigation, a virtual path is being displayed on the preview screen.

About a year ago, the Japanese office of Yahoo updated its iOS maps by adding the AR mode to them. So today Japanese users can take advantage of the iPhone augmented reality app with real view navigation.

The developers creatively approached the idea of integrating computer graphics into a physical environment and used the excellent tool we’ve described earlier (ARKit).

It looks really cool; see for yourself:

The user leaves traces (or footprints) and sees marks with the indication of the distance. In addition, along the way, he is being entertained by a Kensaku puppy, the talisman of Yahoo! Japan. This AR routing application seems to be one of the cutest augmented reality navigation apps.

The described augmented reality feature works only in Japan (with local maps) but, of course, it's just a start. Undoubtedly, Yahoo will do its best to improve the AR experience throughout the world (and, thus, attract more users to its GPS navigation application).

And in conclusion, we’d like to discuss a topic that has recently been on everyone’s lips: Google Maps and augmented reality navigation. The fact is that Google is now actively testing augmented reality for routing needs. 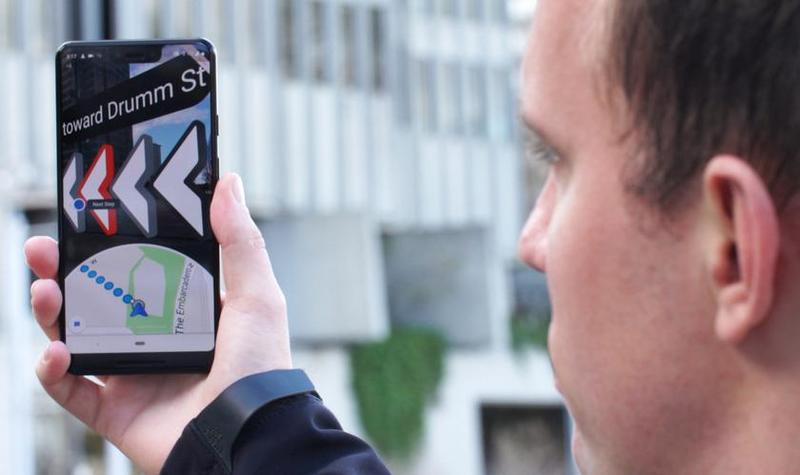 The user location is being usually determined by GPS. Though when dealing with close city development, we cannot be sure that such a method will give an accurate result. To solve this problem, the company decided to take advantage of the camera and implement augmented reality user experience.

The service already knows the approximate coordinates and now define them more exactly by comparing the image with photos from the Street View database. While the user is moving along the route, his Google GPS navigation app displays tips imposed on the real world. These tips look like arrows indicating directions.

To avoid all sorts of collisions and other unpleasant situations, Google warns people that they shouldn't walk the streets without taking their eyes off the screen: shortly after launching the AR mode, a warning appears, and if there is no reaction following, the screen brightness automatically decreases. 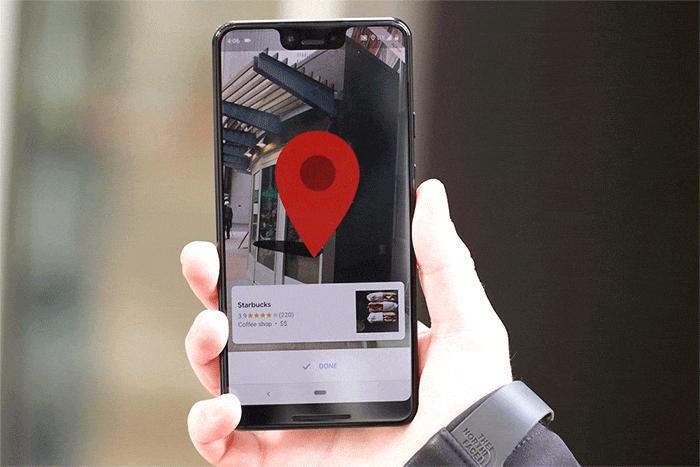 The Google Maps team notes that they tried different versions of AR tips. One idea was to add a virtual character (he is also the guide), but there was a danger of users looking at the smartphone all the time (as we've said, the company seeks to avoid such problems). For now, the developers have chosen the arrows as a tips format, but the situation can change.

The new augmented reality feature for Google maps has been tried by The Wall Street Journal columnist named David Pierce. According to him, the AR mode is especially useful when starting navigation, as it allows you to immediately determine the right direction.

By the way, the AR feature had already been announced at the Google I/O 2018 conference. In the near future, it'll be available to members of the Local Experts program. And ordinary users will have to wait and see a little longer (until all the stages of testing are completed).

AR is able to significantly improve the navigation experience, make it better and more efficient. And if you're ready to update your mobile program using augmented reality technology - contact us!

We'll do what seems best in your particular case and create a new AR map app from scratch (if you don't have a GPS navigation application yet).