How Much Money You Can Make with an App

The numbers are really impressive! But what should you do to join those lucky ones who earn money from mobile app development? In other words, what is the best way to monetize apps?

These questions are too complicated to answer them briefly. So, let's discuss (in detail!) key app monetization strategies.

Every owner of a mobile app wants it to bring him (or her) the maximum profit. Using a mobile app seems to be one of the simplest ways to benefit… But is it really true? Let's examine the statistics… 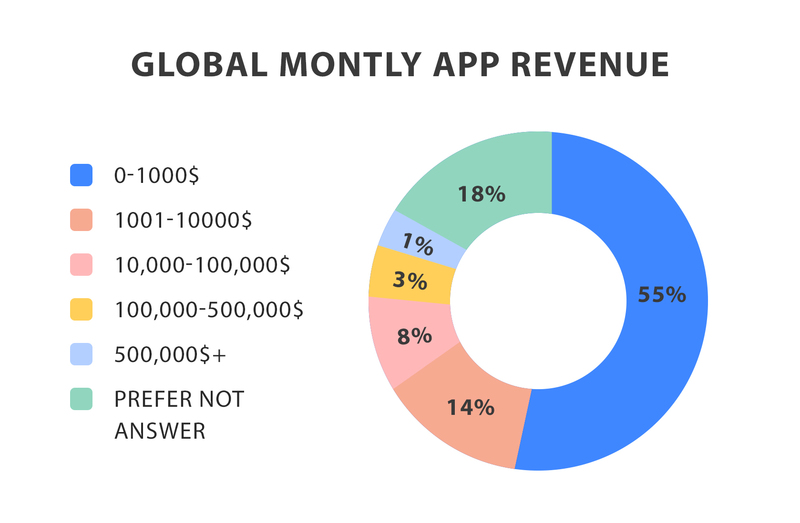 So, the more successful the selected application, the higher the mobile app profits. And what application type do you need to choose, what will have the highest demand? The answer to the specified question will allow earning money on mobile apps without extra difficulties.

The most topical mobile applications

Creating an app has become a business but not every startup becomes profitable. Success and fails in app’s building can be provided by many factors, and one of them is the right choice of the category of your future mobile program.

Although these figures don’t mean other mobile services are hopeless. Not at all! We've just put the case of the most promising categories with maximal mobile app profits. Utilities, Education and Lifestyle categories are also profitable and popular. In fact, every program has a certain cellular app earning potential. You just need to find the right approach to monetization methods.

Hopefully, now you believe that you’re able to make a profit from apps. But how to do it, what are the options?

There is no the only answer because monetization schemes of mobile applications have been changing along with the rapid app market growth. Earning strategies are totally different, and there is no perfect business model, it doesn’t exist, at least - yet. Nevertheless, you can (and should!) find your unique way which best suits your personal needs.

First of all, you should be aware that there is a free and paid app market, and each one requires its own approach. But, of course, the most interesting thing is to learn how to make money when your app is free. So, for a start, we'll focus on the mentioned issue by discussing a few free app monetization strategies.

It’s a very popular way to make the app earn you money, which encourages users to conclude purchases right inside the program, in the process of its use. Moreover, purchases can be both real and virtual.

And although the revenue from in-app purchases is sometimes quite large, you need to remember that the majority of trading platforms take a large percentage of the profits (up to 30-40%). In addition, you should provide additional protection to prevent accidental purchases in the application (which sometimes happens, leading to user dissatisfaction).

This popular method of monetization is especially easy to implement when it comes to games. You may come up with heaps of awesome in-app shopping ideas! How about these ones?

Also, you can make money with a free app using Lite and Pro versions.

The whole scheme is rather simple: you offer people to test the free version of your app, trying to convince them to obtain even more fun by taking advantage of a full-fledged program. Say, your customers download the free demo version of the game and enjoy it until the point with artificial limitations, like the number of game levels, de-emphasized functionality, etc. And these limitations can be removed when purchasing a premium account.

To explain the method by example, let's take a look at Tinder, a well-known dating web and mobile resource. It’s undoubtedly an excellent instance of a money making app. 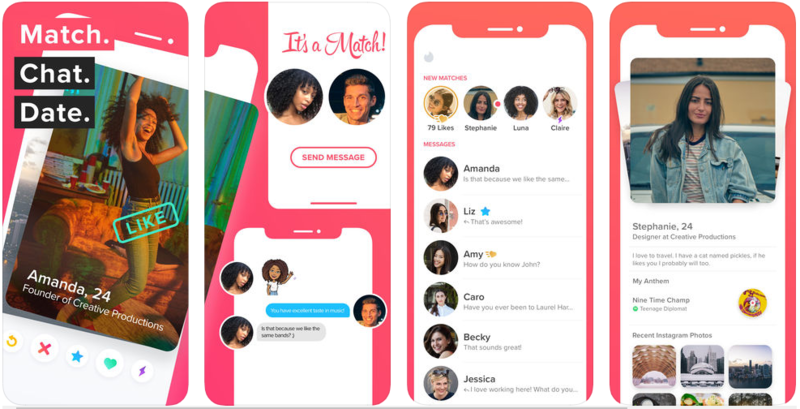 First, the user loads the base program and actively taking advantage of it. Over time, he realizes he'd get even more opportunities to expand his social circle if he removes certain limitations by acquiring Tinder Plus or Tinder Gold. And if Tinder managed to captivate the user with default features and convinced him that his life would be even better with advanced functionality, he'll be willing to buy the subscription.

The most common options of Lite and Pro versions:

Among the apps which make use of these monetization strategies, there are Angry Birds, Cut the Rope, Angry Birds Space HD, Fruit Ninja… These games have received the title of best selling in AppStore.

This is one of the most profitable app revenue models. But remember: no annoying ads, otherwise, the user will delete your program.

A few tips which may come in handy:

Making money creating apps may be implemented in different ways, and the monetization of data is one of them.

There are different legal and quite profitable ways of selling information about a user (which you undoubtedly collect). In addition, user data can be used to influence non-mobile business options, as well as to accelerate the promotion of services to existing customers.

Imagine: you want to build some kind of application but you understand that such a process is tedious and expensive. And it'd be much cheaper to buy the finished structure of the program and create a unique design - stick your label, so to speak (instead of creating a mobile service from scratch). The revenue developers make this way (or the owner of the code, which isn't the same), is sometimes very high.

It’s a rather original way to earn money from your app, which is suitable if a mobile program is based on the blockchain protocol.

For example, the Steepshot application pays cryptocurrency to users when they "like" the videos, images, and so on. The main part of tokens goes to content producers - those who publish photos and videos. The received funds can be cashed through the exchanges and transferred to the card.

And the app owners receive a commission from each payment to the user.

In such a case, free apps make money by showing the offers from the sponsor: if the user reaches a goal which has been set, he gets a discount from the sponsor. And the owner of the program, in turn, receives his intermediary percentage. A vivid example is the RunKeeper fitness app. Users are invited to perform certain actions to obtain gifts and discounts from brands.

Such an option of earning money on mobile apps ensures a high level of user involvement, although it's not always easy to find sponsors with a similar target audience.

Another popular way to get revenue from free apps is to provide access to all features for a certain trial period (usually from 7 to 30 days). After studying the application capabilities, the user is obliged to pay or delete the program. And your main task during the trial-use is to convince the person your service is worth the money.

We've discussed main revenue models for free apps but there is a more direct method of earning: make an app paid. Such a method is extremely simple, however, its main drawback is the need to convince the user he must spend money on downloading a service which is completely unknown to him.

Despite the risk, more than 25% of downloaded applications are paid, so you cannot just ignore such a monetization option. Just make sure your app is of the highest quality. Otherwise, you may disappoint those users who still dare to buy your program. 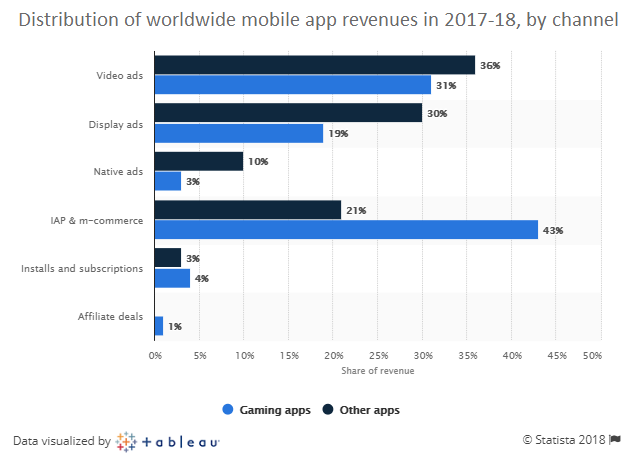 Summing up, we should say: the monetization process is influenced by many factors: the app quality and functionality, visual support (design), the correct choice of the target audience, analysis of market needs, and more. And the creation of monetization strategies is also included in the list.

And, most importantly, everything is constantly evolving, technologies are developing, and what seems to be the most popular free app revenue stream today may be the wrong choice tomorrow. So go with the tides and update your program from time to time.

Finally, we’re going to give you a couple of useful tips summoned to improve the average app revenue:

So the main rule: track, analyze, explore, and optimize! Always control your app's effectiveness and improve those areas which need extra attention to keep the users satisfied and engaged. And, of course, follow market trends.

We guess now you know the most profitable app revenue models and ways to make money with a free app. And your new task is to find a competent developer able to consider all the nuances and to avoid pitfalls. We offer our services!

Our company has solid experience in the field of mobile application development. Our experts’ve performed a number of successful projects which you can read about here.

Contact us! We’re open for discussions and ready to advise you in detail. Waiting for your requests!