Country
Home   →   Blog   →   Bitcoin Exchange App Development: a Bit of Smart Tips That Save Your Coins

Bitcoin Exchange App Development: a Bit of Smart Tips That Save Your Coins

The question of how to create a bitcoin exchange service is more relevant than ever before because cryptographic currency attracts not only ordinary users. Today, digital money arouse the interest of traders, investors, and miners. For example, a large French bank named BNP Paribas is exploring possibilities of integrating bitcoin into the currency reserves, and its British "colleague" Barclays has partnered with bitcoin-retailer Safello to find the best way of using the blockchain-technology in the financial area. As you can see, the world of cryptocurrency is growing rapidly. Isn't it a good reason to consider the bitcoin exchange app development?

In Japan, the cryptocurrency has already passed the legalization phase as an official means to pay for goods and services. However, in other countries, digital money is becoming a natural part of everyday life too. And this factor makes the bitcoin marketplace development a relevant issue, for it is bitcoin that can be called the most popular cryptocurrency, the 1st one of its type.

Transactions of bitcoins are being regulated by an extensive peer-to-peer network with a single and shared database. This decentralized P2P network uses an electronic digital signature and the support of a proof-of-work protocol aimed to guarantee the legitimacy of funds.

In order to create your own bitcoin exchange service, you must have this cryptocurrency in the 1st place (of course!). Bitcoins are being often obtained by mining, but this is a complex process with a lot of pitfalls. Happily, there are more simple options, for example:

The methods of obtaining bitcoins described above imply that the owner of a cryptocurrency will need a special service for managing his digital money. And you should think about how to capitalize on this need.

One option is bitcoin currency exchange website development (or app development, no matter). But there are also other ways to deal with this issue.

If you do not want to create your own bitcoin exchange program, there are heaps of other ideas, for example…

This idea immediately comes to mind when you think of using bitcoins. Cryptocurrency Wallet Apps have become highly popular among users because such mobile services greatly simplify the interaction with the digital money. You cannot keep wondering how to create a cryptocurrency exchange system without knowing all the details about bitcoin wallet applications, for these issues are very close.

By the way, we talked about the creation of bitcoin wallet apps. In this article, you will find a lot of useful information on this matter

In addition to bitcoin marketplace development, you can create an application that will keep users advised and help them monitor the exchange rate.

For example, the Blockfolio application provides users with all the information about changing the rates and gives a chance to earn money by investing in coins wisely and efficiently.

If you remember, we’ve described a few ways to get bitcoins. The creators of Earn.com offer us an additional option to achieve this goal. Maybe they were not interested in the traditional bitcoin exchange app development; instead, they've built an original service that allows users to earn bitcoins for responding to messages and performing specific tasks.

Another promising idea of the sort is building an app similar to Bitcoin Map - the one that tells a user about outlets and people in his (or her) location that sell goods and services for bitcoins.

The application contains an interactive map, an updated list of outlets nearby, a list of favorite stores, a calculator for converting bitcoin, and so on.

Do you know that the geolocation feature is very useful for creating applications? Read all the details in this article

#5. Sale of goods and services

The bitcoin marketplace development can take many forms. For instance, the Gliph application allows buying and selling goods and services for bitcoins through users' direct interaction. Gliph includes a secure messenger and payment system that makes it possible to conduct in-app transactions. 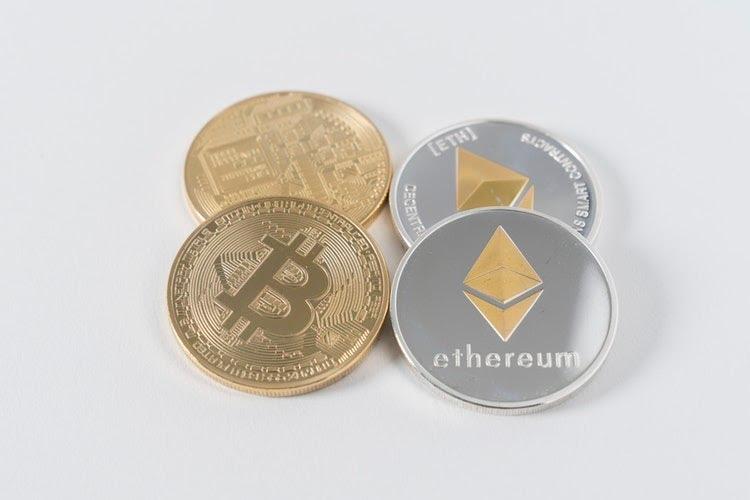 And still, the most popular idea is the bitcoin currency exchange website (or app) development.

The blockchain exchange app is a platform for transferring, converting and withdrawing digital money. What features should this service have?

The 7 features we've described are quite enough for the bitcoin exchange app development if we mean creating an MVP model. If you are interested in a more complicated service, you’re free to fantasize about the expanded functionality which would include:

How much does it cost to create your own bitcoin exchange app?

You decided to create your own bitcoin exchange app, site or both. The next question is how much it will cost.

Let's see what kind of specialists you may need and how much their services would cost.

We’d like to note that these figures imply a rate of $35 per hour - the rate of development companies from Ukraine and some other countries in Eastern Europe. If you hire specialists from the US or Western Europe, your expenses will have significantly increased.

Learn all the reasons to hire developers in Ukraine

According to Goldman Sachs, the global investment banking leader, digital money has all the prospects of changing the payment technology in the coming years. And that’s why you should create your own bitcoin exchange application or website: you need to keep up with the times.

Of course, this task is a complicated business, you need to understand not only the bitcoin market, but also the nuances of coding, backend-frontend issues, and other stuff. If you are not a professional in these matters, it is better to delegate the bitcoin currency exchange website development to experts, for example, our Agilie team.

It’d be a wise choice, for our portfolio contains the project that, among other things, allows spending bitcoins in a more convenient way. It's about Wirex app which offers mobile banking services, easy money transfer, and worldwide-issued bitcoin debit cards.

And Wirex is not the only project that proves our expertise in mobile development. Contact us right away and let’s get started!